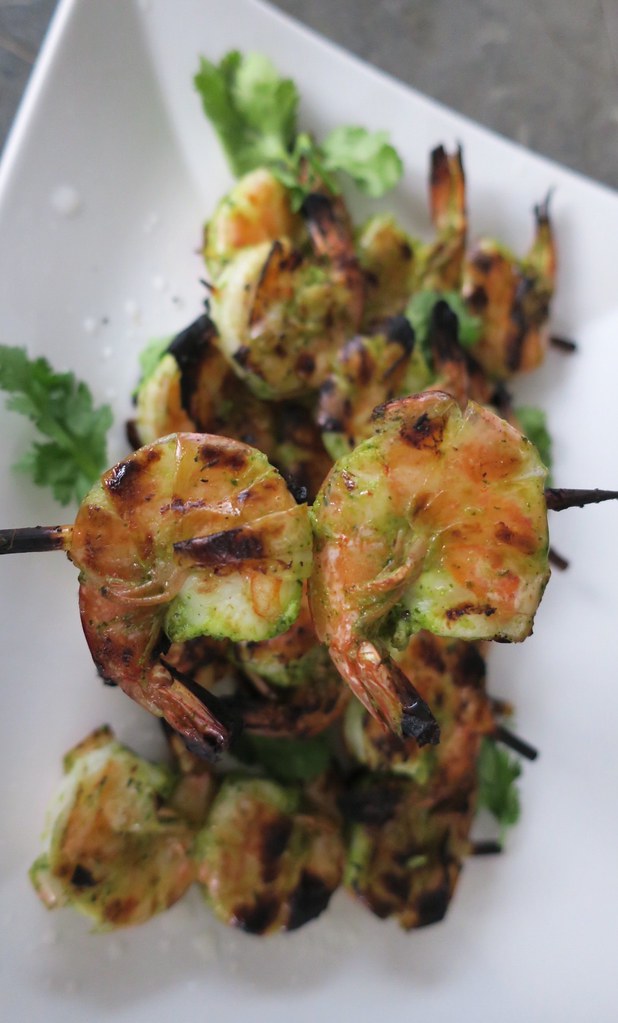 Last summer, I experimented with different robust seasonings and zesty marinades for grilled shrimp. The cilantro lime marinade for this recipe instantly became a family favorite and also enjoyed by everyone that tasted it.

The cilantro lime marinade contains fresh classic Mexican flavors. The herbaceous cilantro and tart lime juice brighten up the succulent shrimp and the bold green color is incredibly pretty and fun to look at. It is also super light and healthy. That means you can eat more and not feel so guilty!

Grilled shrimp does not take long to prep and marinade and packed with extraordinary tasty flavors. Give it a try during your next Grillin’ and Chillin’ session. 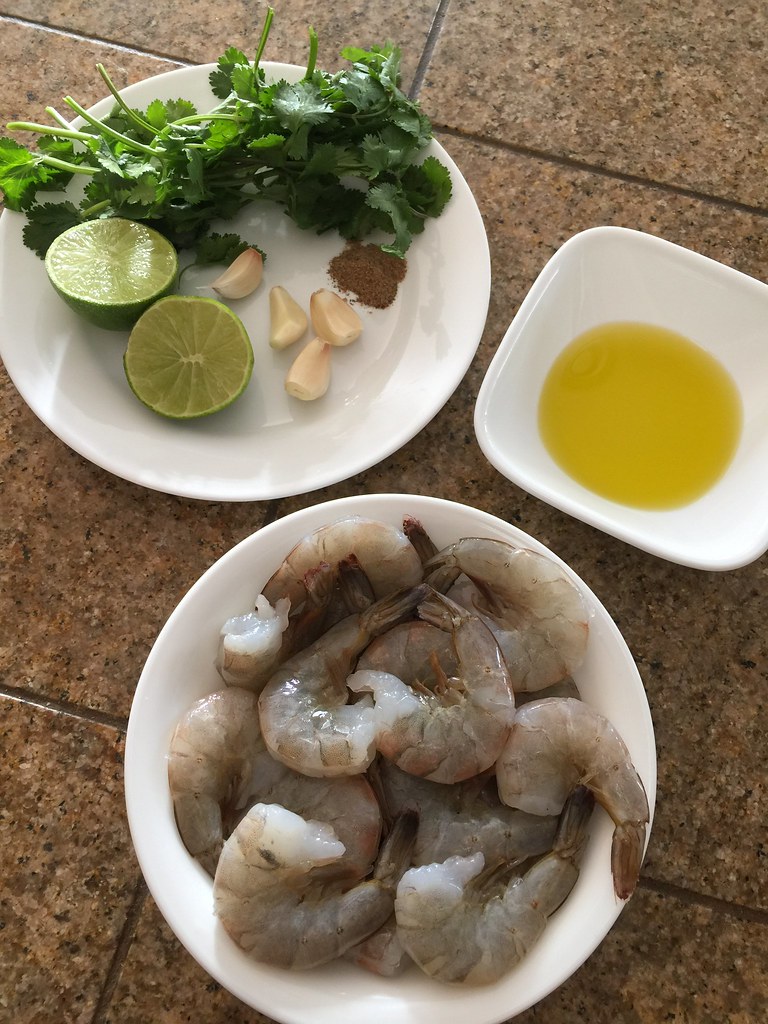 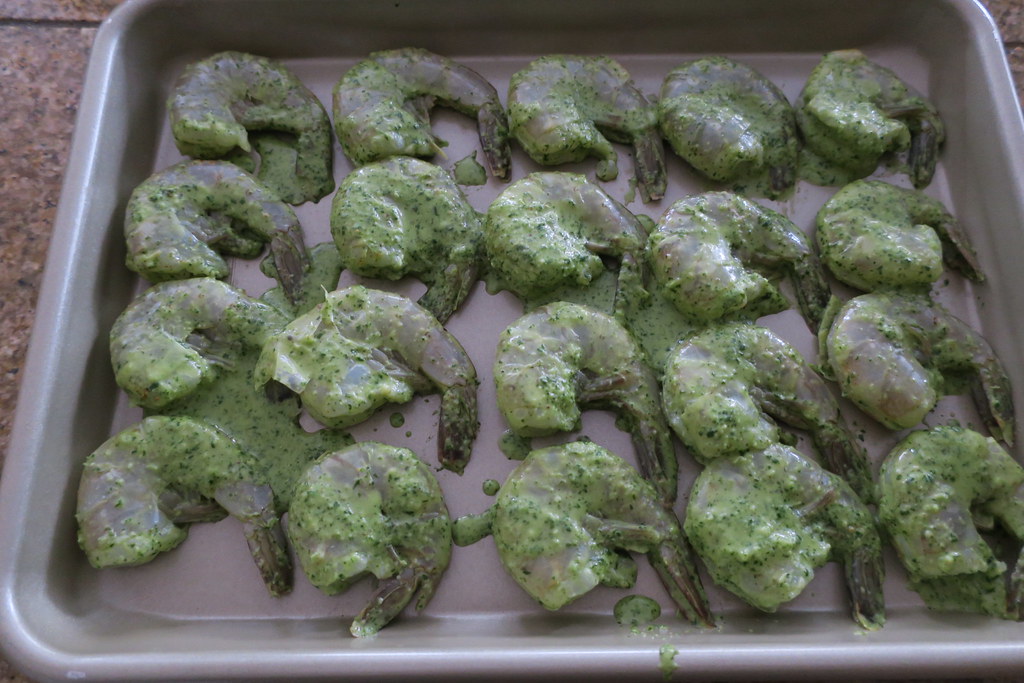 Skewer Shrimp – Thread 3 shrimp through a small (5.5-inch) soaked wooden skewer, running skewer through the body near the tail and head. Repeat until all the shrimp are skewered. 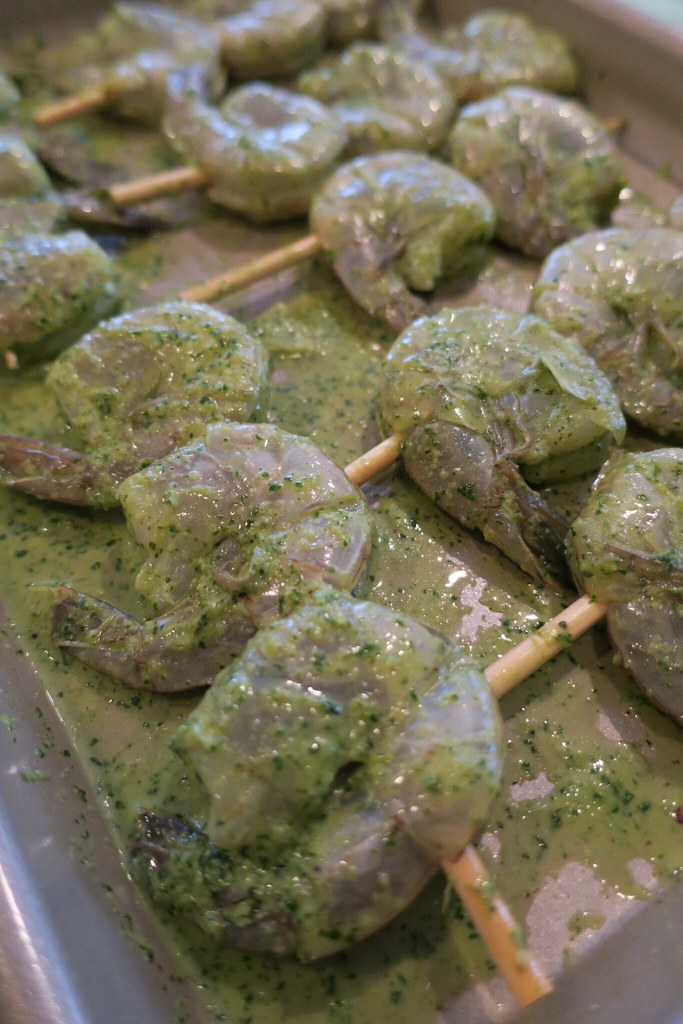 Grill Shrimp – Setup grill to medium-high heat for direct cooking.  Grill shrimp for 3-4 minutes on each side until the shrimp exterior is pink and center opaque.  Transfer grilled shrimp to plate.  Garnish with cilantro leaves and brighten up shrimp with a quick squeeze of lime juice. 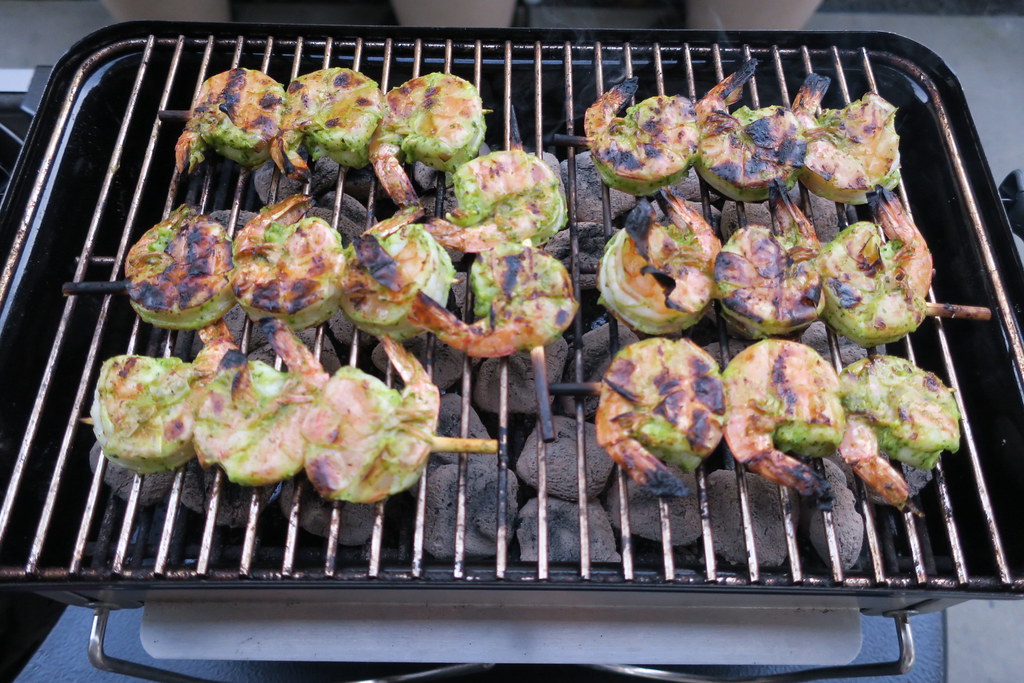