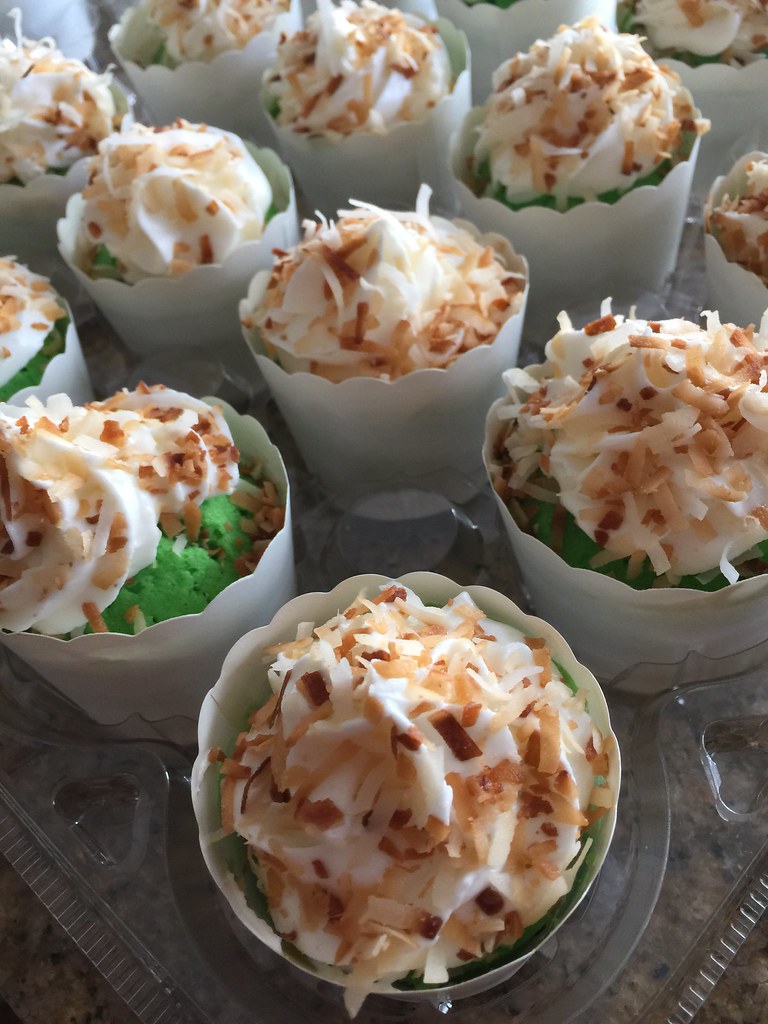 Over the Fourth of July weekend, Cousin Jennifer’s family hosted an elegant Engagement Party at their beautiful house to celebrate Jennifer and Chris’ engagement. We celebrated and got ‘Turnt Up‘ with all of their closest friends and family.  Before the drunken madness, a few family members helped and prepared some delicious food to bring to the party. I made Hawaiian Kalua Pork to remind folks of Hawaii’i, where Chris proposed to Jennifer, and baked Churro Cupcakes and Pandan Cupcakes to give folks a taste of the Mexican/Vietnamese union and blend of cultures that is about to go down when Jennifer and Chris tie the knot in early 2016.

In this post, I focused on the Pandan Cupcakes because I thought it was one of the most interesting and complex cupcakes I have baked, and it also brought back tons of nostalgic memories of birthday celebrations from my childhood.  When I was a kid, almost all Vietnamese birthday parties I went to had Pandan/Coconut cakes from Van’s Bakery.  I hated it as a kid, but kinda appreciate and enjoy the flavors a lot more now.  Also, I felt that the toasted coconut flakes added another layer of texture to the cupcakes which made the cupcake super tasty and pretty to look at. 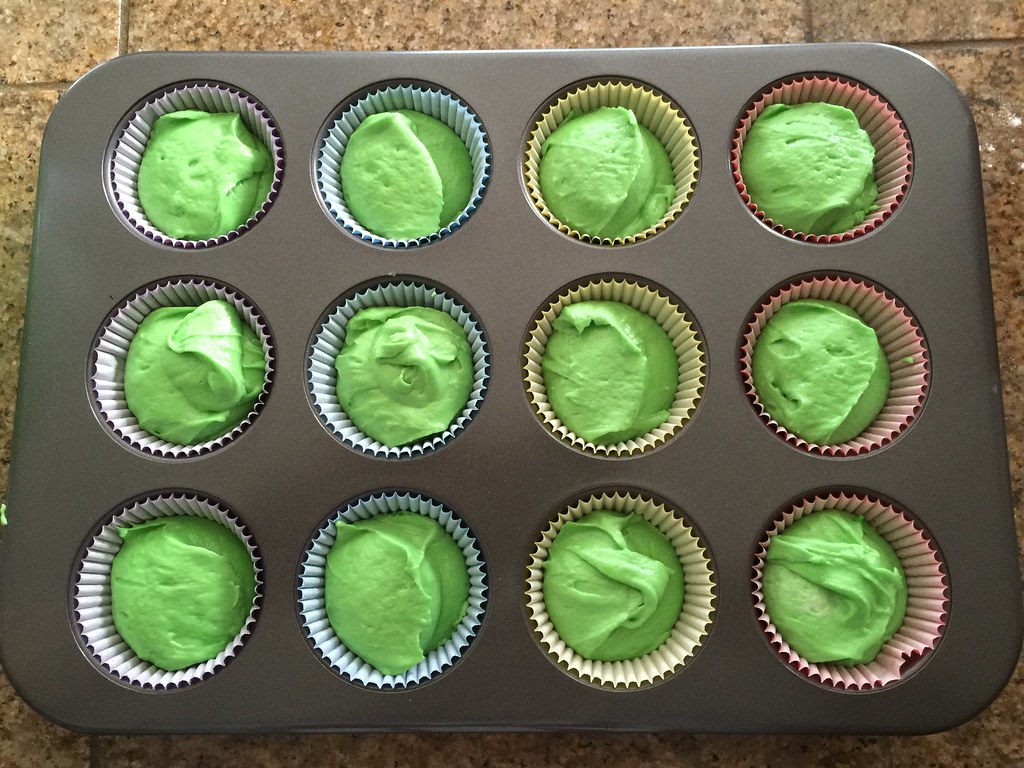 Make Cupcakes: Beat the butter and sugar on low and gradually increase speed to medium high. Cream sugar and butter until pasty yellow, light, and fluffy about 3-5 minutes, scraping sides to ensure even beating.  Reduce speed to low and add eggs one at a time until fully incorporated.  Begin adding cake flour and alternating coconut cream, finishing with cake flour.  Line muffin/cupcake pan with cupcake paper.  Fill cupcake paper about 2/3 of the way of batter.  Bake for about 18-20 minutes.  Take cupcakes out of the oven and rest for 10 minutes in the pan.  Remove cupcakes from the pan and cool on wire rack until ready to frost. 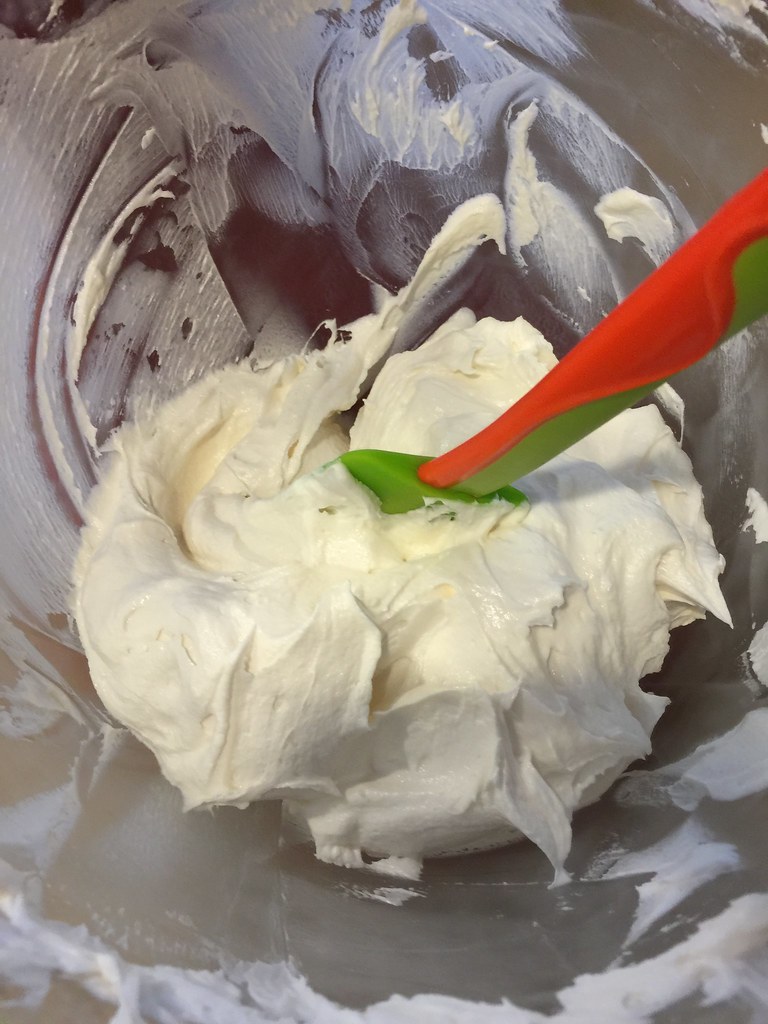 Make Frosting: Add butter and vegetable shortening to stand mixer and mix for about 1 minute.  Add confectioner’s sugar.  Beat on low and gradually increase speed to medium high for about 2-3 minutes.  Add coconut cream and vanilla. Beat for another minute or until frosting is smooth and fluffy. 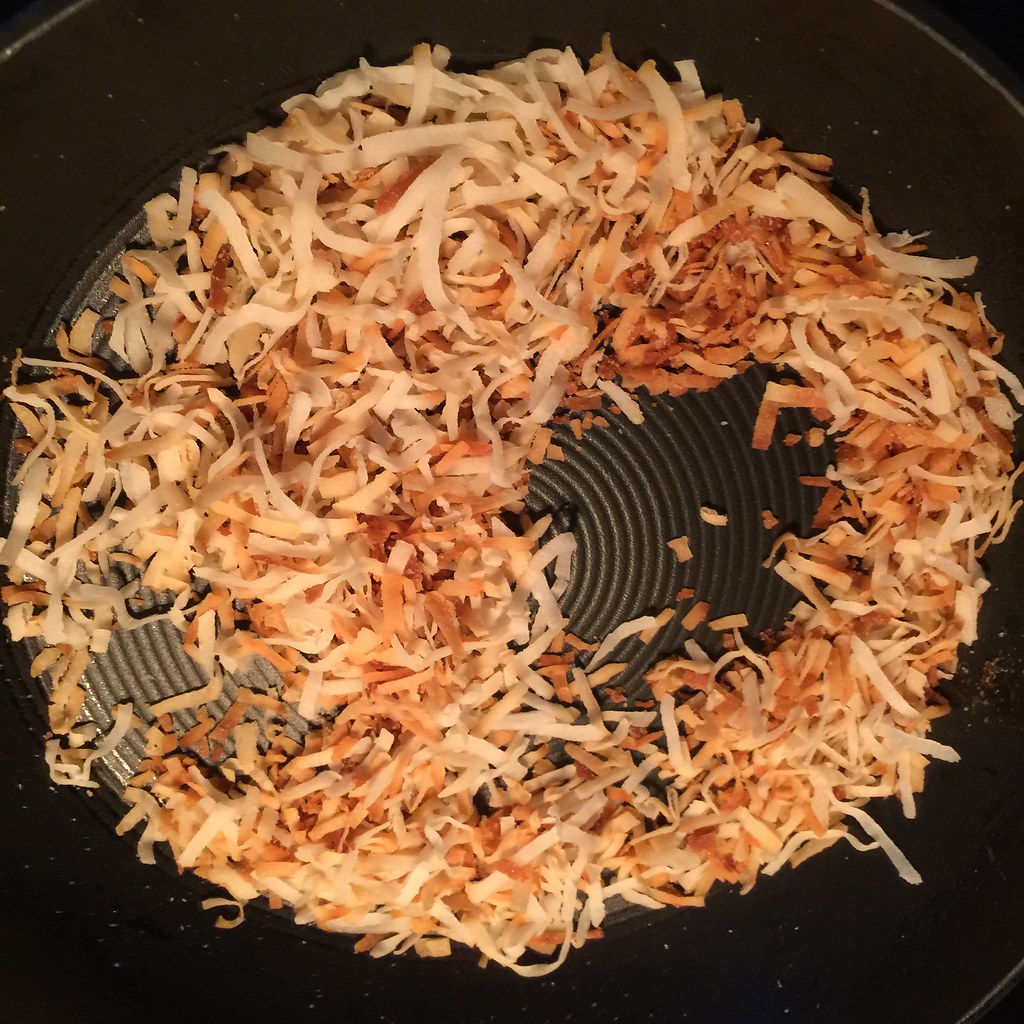 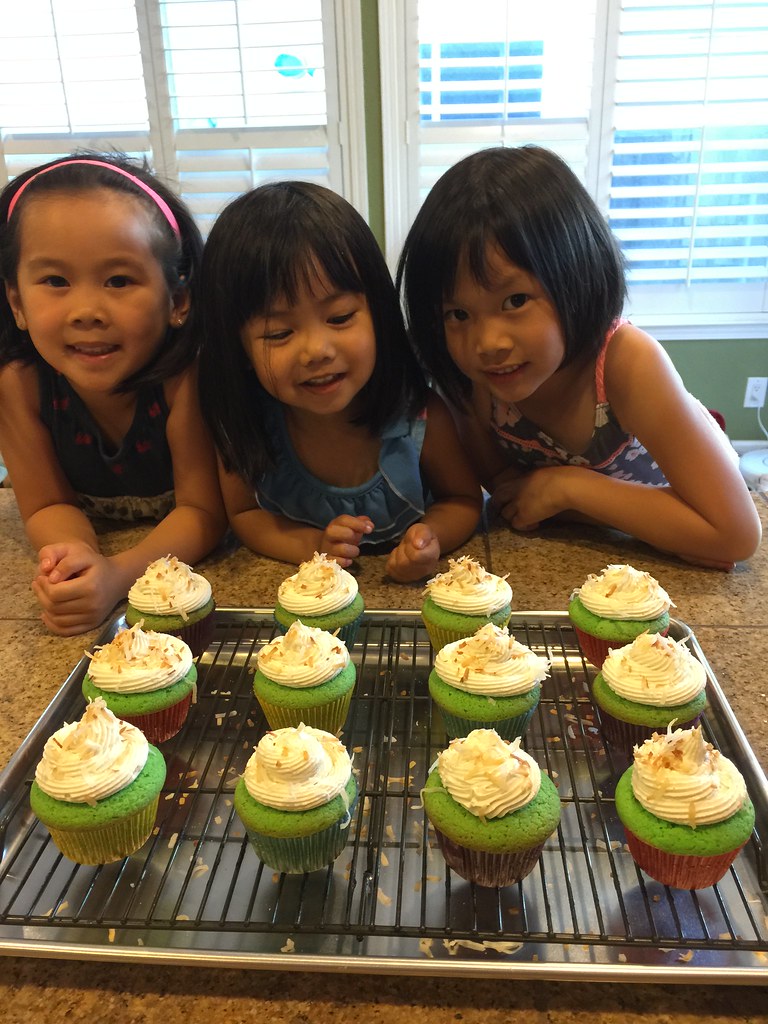 Assemble Cupcakes: Add frosting to piping bag. Frost each cupcake.  Sprinkle about 1 teaspoon of toasted coconut flakes on top of each cupcake. 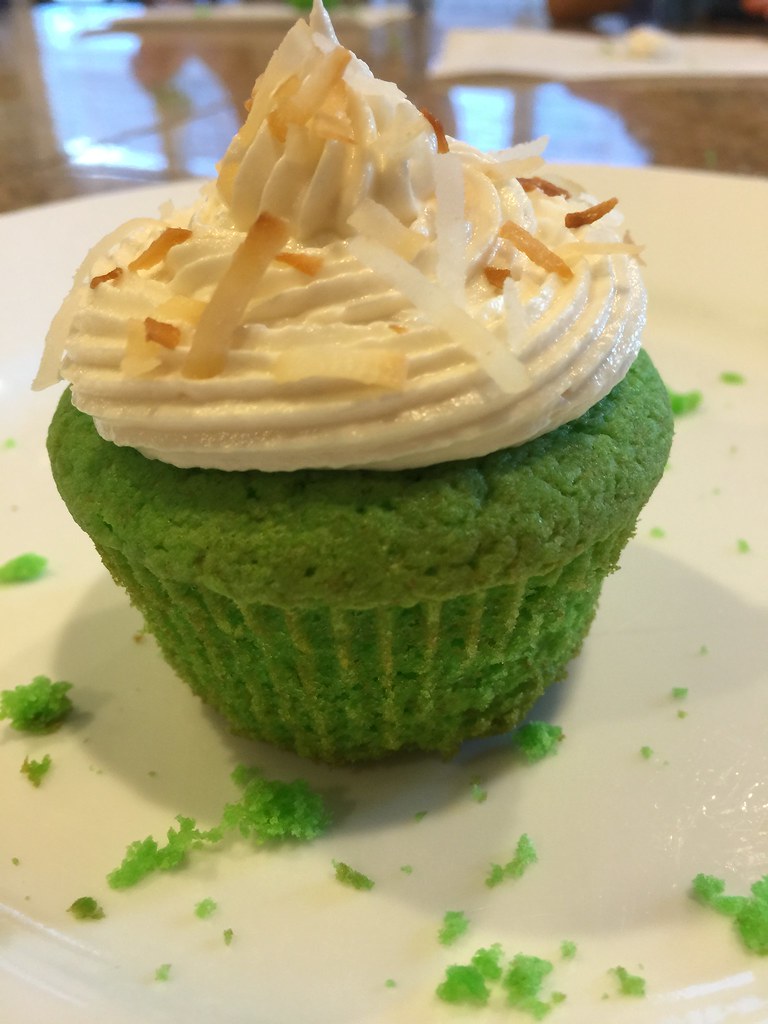